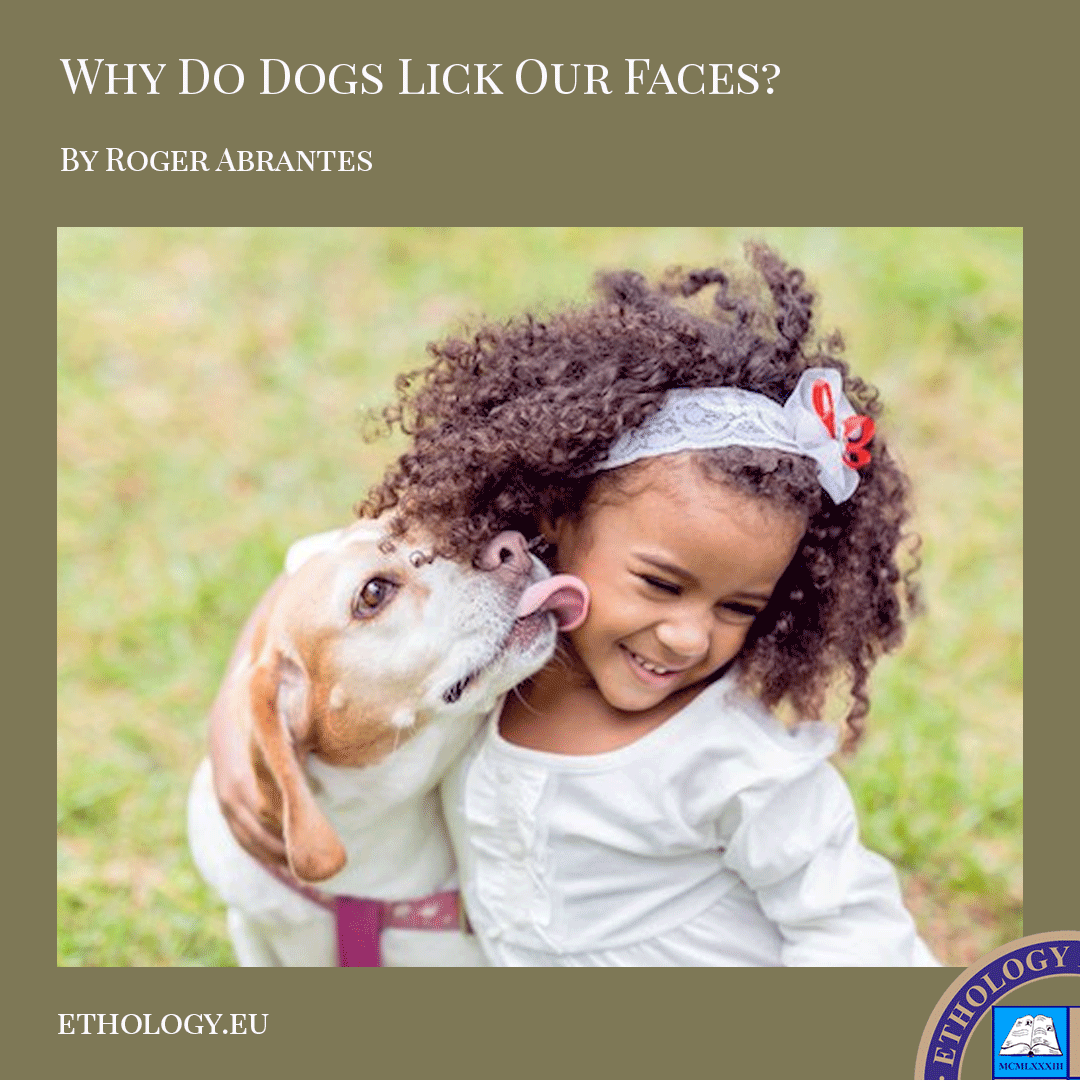 Dogs like to lick our faces, a behavior that seems disturbing for many dog owners and particularly non-dog owners. However, this behavior shows friendliness, a pacifying gesture, a hand (though not literally) reaching for peace. It is a compliment in dog language: “I like you; you can be my friend.”

The behavior originates in the neonatal and juvenile periods. Newborn mammals suckle and lick. Pups lick everything as a way of gathering information about their world. Licking our faces may give our dogs details about who we are and how we feel.

Pups lick one another, a behavior which seems to make both donor and recipient relax because it is an undemanding activity. Grooming and self-grooming, licking included, are pleasant social and bonding practices.

Roger Abrantes and wolf at the Wolf Park in Battle Ground, Indiana. Licking is one of the many behaviors dogs and wolves have in common. It signals friendship (picture by Monty Sloan).

Canine mothers lick their pups to keep them clean and to stimulate their urination, defecation, and digestion.

When the pups become a little older and eat solid food, it is common for them to lick the lips of the adults, which may elicit their regurgitation of recently consumed food, an excellent source of nutrition for the youngsters. Even though not as widespread as when Canis lupus familiaris were hunters, regurgitation behavior is not uncommon among our more scavenger like domestic dogs, if we give them the opportunity to live an independent dog life to a certain extent.

The initial function of behaviors associated with pacifying behavior is to assist in the immediate survival and well-being of the organism. Subsequently, though keeping the same function, they show in different areas and with distinctive outcomes. For example, the licking, which initially produced food regurgitation, will produce friendly behavior later on, thus becoming a pacifying gesture.

Next time a dog licks your face, you need not be too terrified or disgusted. Just close your eyes, yawn, and turn your head away. That shows, in dog language, that you accept its offer of friendship.

By the way, don’t be too afraid either of the germs you may get when your dog licks you—they are not worse than those we get from kissing one another.

Featured image: When a dog tries to lick your face, the best you can do is to close your eyes, yawn and turn your head away. This shows in dog language that you accept its offer of friendship. 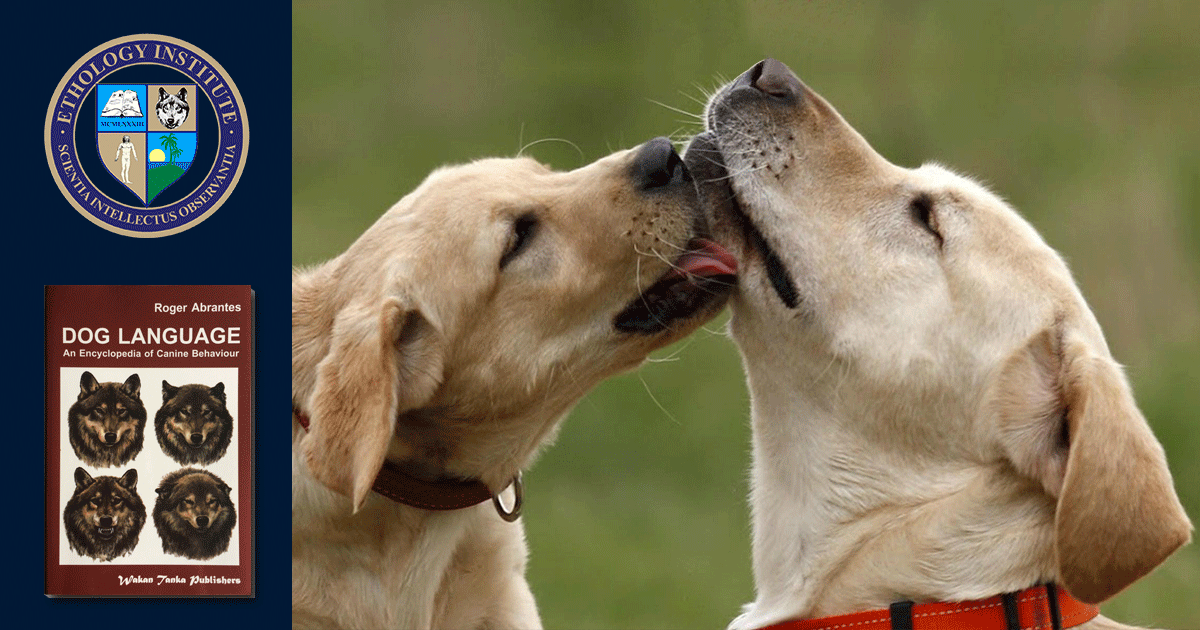