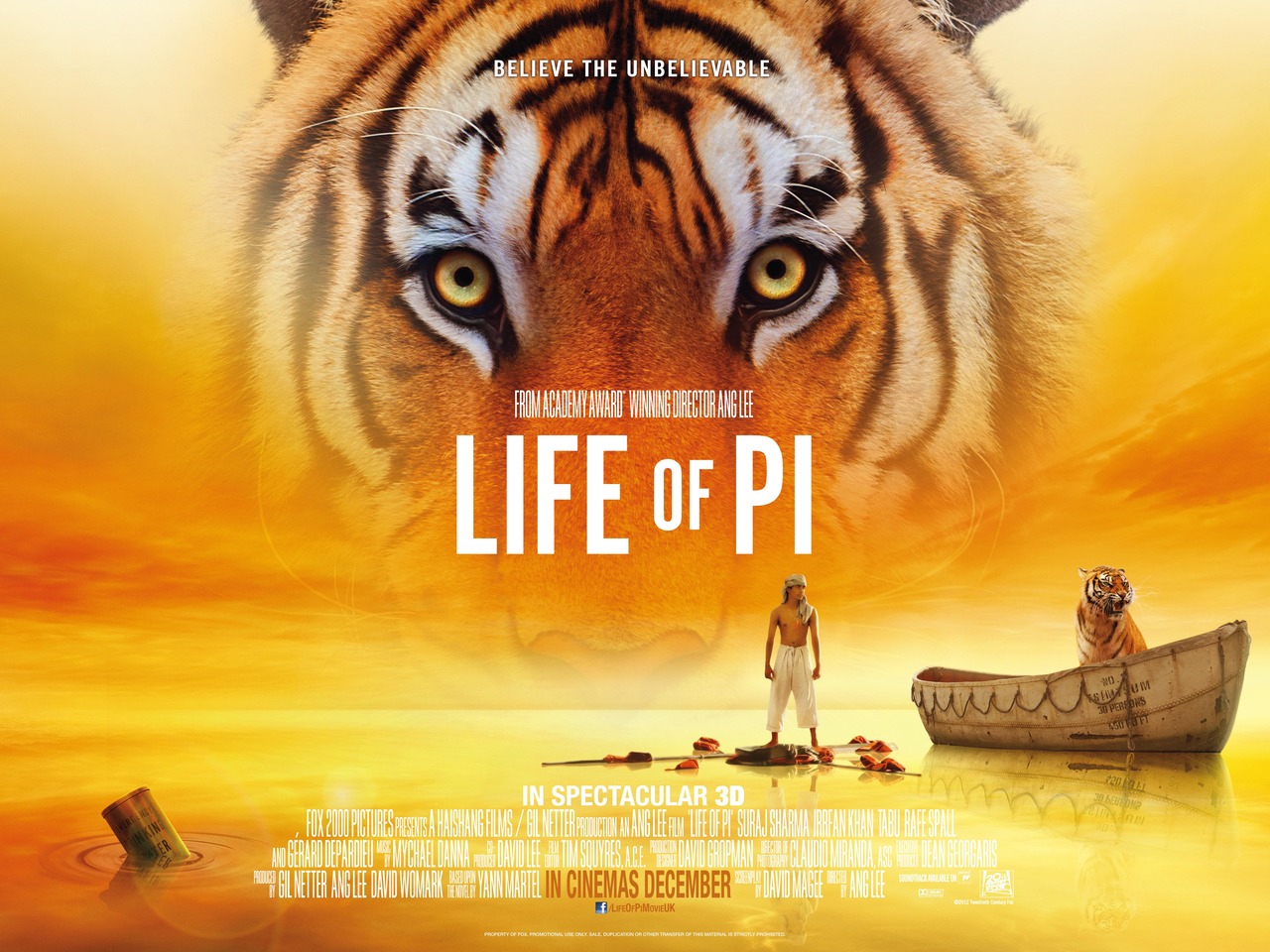 I read Yann Martel’s “Life of Pi” many years ago. I took the book to bed, my intention being to read 10-12 pages before falling asleep. This was one of the few books I’ve read from one end to the other in one go. I went to sleep at five in the morning.

The other day, I revisited “Life of Pi,” not the book from 2001, but the movie from 2012 directed by Ang Lee with screenplay by David Magee.

The movie gets my five stars. It’s a near perfect screenplay adaptation of a book. It misses a bit of the first part of the book that would be too cumbersome to render in pictures anyway, but it presents the second part magnificently. It’s a beautiful 3D movie, a thrilling adventure, an experience for afterthought—you can take it as you wish.

“Life of Pi,” book and movie, is not intrusive, does not force you to think or accept anything in particular. It leaves you with your freedom to draw your conclusions, or ask your questions, as the case may be.

Take a break, read the book and savor it. Yann Martel succeeded in writing a book that you want to read word by word, not by paragraphs.

“Just beyond the ticket booth Father had painted on a wall in bright red letters the question: DO YOU KNOW WHICH IS THE MOST DANGEROUS ANIMAL IN THE ZOO? An arrow pointed to a small curtain. There were so many eager, curious hands that pulled at the curtain that we had to replace it regularly. Behind it was a mirror.” (1.8.4)

The most dangerous animal in the zoo is the human being maybe because of the relationship of danger with unpredictable evil.

“Rank determines whom it can associate with and how; where and when it can eat; where it can rest; where it can drink; and so on. Until it knows its rank for certain, the animal lives a life of unbearable anarchy. It remains nervous, jumpy, dangerous. Luckily for the circus trainer, decisions about social rank among higher animals are not always based on brute force.” (1.13.3)

Here, Pi is (between lines) talking more about human relationships than human-animal relationships, one suspects. He’s also thinking about how to train Richard Parker.  Throughout his misery, Pi comes to see cleverness and willpower as two remarkable human skills, but the question is, do not these skills also bring about evil?

“There are many examples of animals coming to surprising living arrangements. All are instances of that animal equivalent of anthropomorphism: zoomorphism, where an animal takes a human being, or another animal, to be one of its kind.” (1.32.1)

Zoomorphism (in a way, the opposite of anthropomorphism) means that animals treat another species (almost) like their own. Our dogs are great zoomorphists.  This is more philosophical that it may seem and definitely more obscure in the movie than in the book, which, as I’ve mentioned, is more elaborated in its first pre-boat part. One suspects that Pi is talking about his own struggle: Pi the Hindu, Pi the Muslim, and Pi the Christian all in one and the same Pi, not only tolerating one another but living in harmony.

I leave you with one last quote without any comment. Read the book, watch the movie.

As always, I wish you a great day.