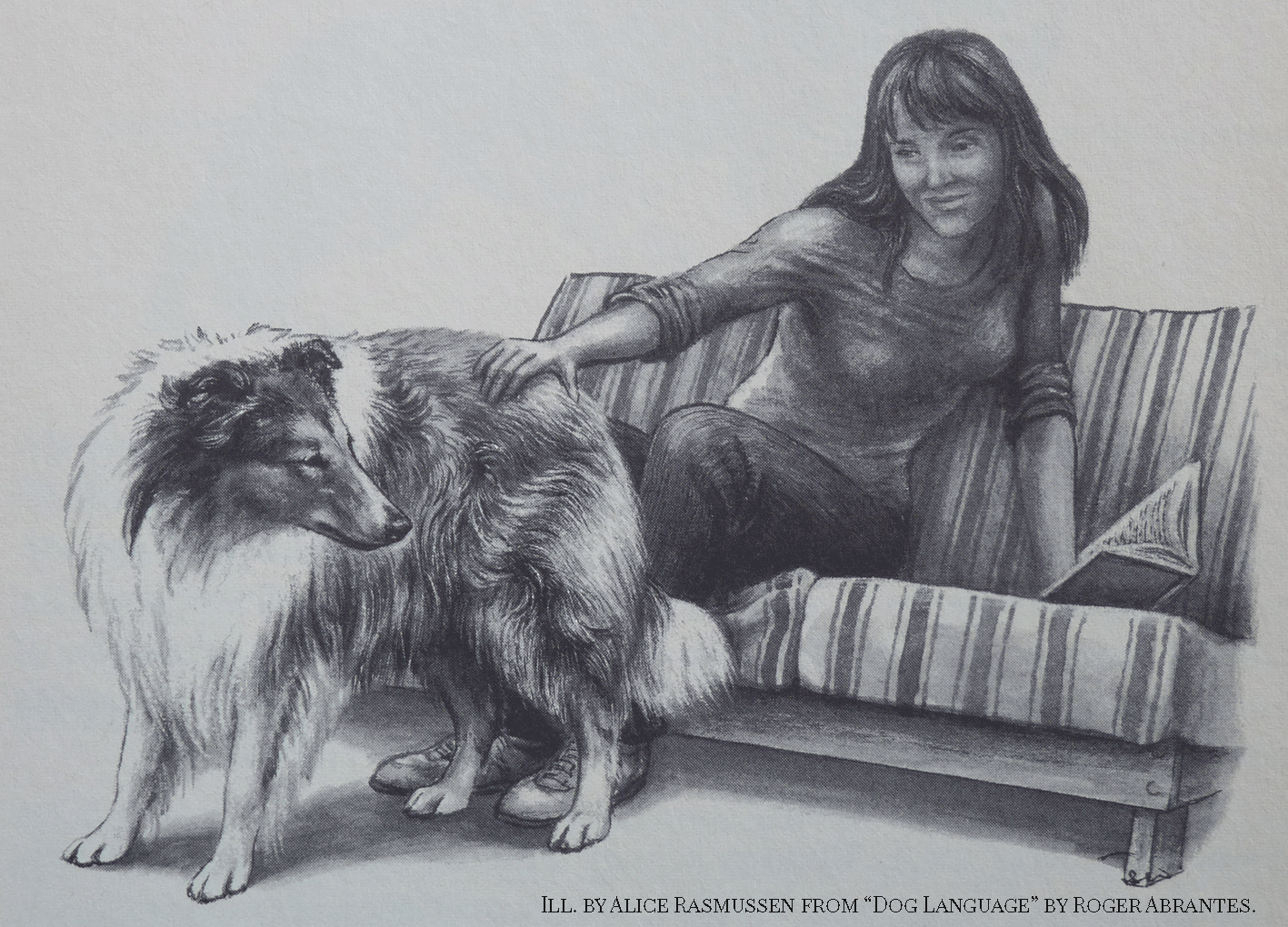 The hip nudge is a common canine behavior. Dog owners often think their dogs are pushy or impolite when they turn their backs to them, sometimes even pushing them. Nothing could be farther from the truth.

This dog shows a half hip nudge, still a sign of friendliness. Both human and dog are relaxed and show their peaceful intentions and that they trust one another (photo by Lisa Jernigan Bain).

The hip nudge functions as a pacifying behavior. It signals friendliness. By turning its back to us, the dog shows it doesn’t intend to attack—it directs its teeth away from us. It also shows it trusts us.

Dogs use a variety of this same behavior during mating rituals when the male nudges the female.

There are only small differences between wolf and dog, which we can describe as dialects.  The fox is different because, although displaying many behaviors common to the other two, it is not as social as its cousins.

Featured image: The hip nudge functions as a pacifying behavior. It signals friendliness (illustration by Alice Rasmussen from “Dog Language” by Roger Abrantes).

1 thought on “Do You Know What the Canine Hip Nudge Behavior Means?”