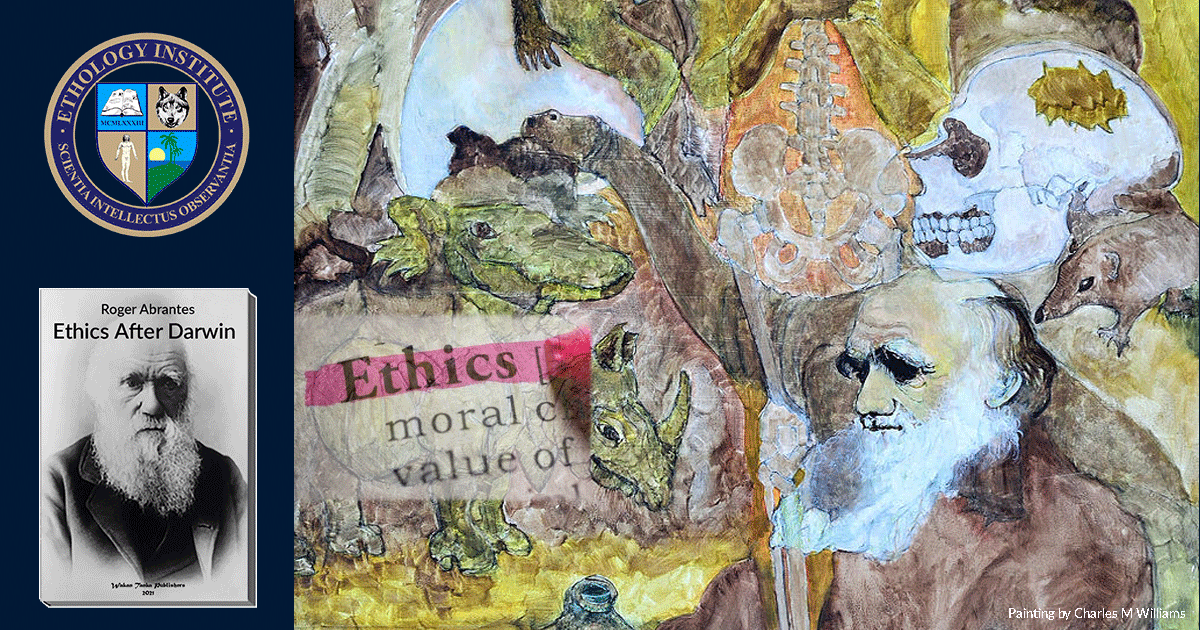 Ethics is the branch of philosophy that deals with what is right or wrong, good or bad, from a moral perspective. This course is a comprehensive introduction to ethics, focusing on our prevalent moral ideas, pre and post-Darwin. In his ‘The Origin Of Species By Means Of Natural Selection’ (1859), Charles Darwin proposed a theory of evolution that has had a tremendous impact on all science fields. It also forced us to rethink our moral principles if we’re supposed to be consistent. Instead of giving my students a list of moral rules, I chose to take them throughout a journey of investigation of the ideas that lead to our pre-Darwin morality and, then, to construct an ethical system compatible with modern science post-Darwin. The principle of equality and moral individualism is a consequence of Darwinism.

Edward O. Wilson’s wrote: “Scientists and humanists should consider together the possibility that the time has come for ethics to be removed temporarily from the hands of the philosophers and biologicized” (Wilson, 1975: 27).

Being a philosopher and an evolutionary biologist, I fully understand Wilson’s suggestion and so I welcome you to this introduction to ethics after Darwin where I will present to you the facts of biology, the perspectives of evolutionary biology, and the rigor of philosophical reasoning.

Beginner to Intermediate. This course is an introduction to ethics focussing on our view of non-human animals. It contains essential reflections for anyone keeping or working with animals.

There is no mandatory textbook for this course as all reading material is included in this online course.

Contents of the course by lesson

Although not mandatory, we recommend that you supplement your readings with:

Watch the movie(s) and read the book(s). Join the course forum where you can read our tutors’ answers to questions previously posed by your colleagues. If you have a new question, do not hesitate in posting it.

The course forum is solely for academic questions. For administrative matters or difficulties accessing the functionality of the site, please submit a ticket.

Once you’re ready for it, take the quizzes. You may take a quiz as many times as you like. We recommend you re-take quizzes once a year as a self-imposed quality control.

Included in the course.

Ethics after Darwin Lesson One