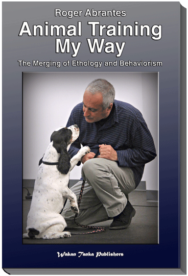 The author explains in this book his particular way of training animals, a combination of the best that Behaviorism and Ethology offers us. This book is more than a training manual—it is a guide for creating harmonious, stable and balanced relationships. “Animal Training is the craft based on Animal Learning and Ethology that deals with the modification of the behavior of animals. This book is about making simple things simpler but not simpler than necessary. It’s about knowing what you want and what you need to get it. It’s about training animals, changing their behavior and creating harmonious relationships, but it’s foremost about training ourselves and changing our behavior.

We do not send you downloads, links to download the book or paper copies. This is an online-book. 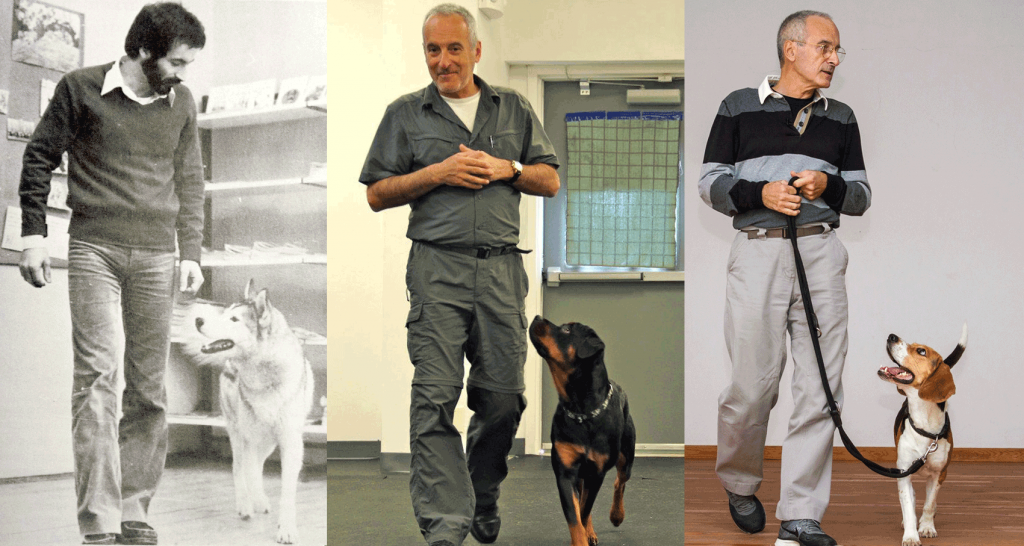 "Animal training my way" is more than about just teaching the animals a few tricks. It’s about creating a relationship, creating a common history.[...] Even though I can see that it can be good fun to teach an animal to do some tricks, I must confess that the training per se has never appealed to me as much as the relationship. What I find mesmerizing is that moment when our eyes meet and independently of pertaining to different species, I feel there is a connection, a kinship. Like two living organisms, two distinct identities finding a fleeting common ground in a moment that could as well be timeless.[...] Behaviorism is unquestionably an efficient way to teach an animal some skills. It gives us sound answers—and it raises some questions. The problem is that trainers, spellbound by the answers, tend to disregard the equally important questions.[...] Like all scientific models, behaviorism is reductionist, which is fine, as long as we don't become too greedy and claim that it explains the truth, the whole truth, and nothing but the truth. It operates with a finite number of terms and processes, which can explain much, but, inevitably, not everything. Ethology is the study of animal behavior in their natural environment. As such, ethology doesn’t have any training theory or method. Ethologists don’t train animals; they observe them and try to come up with models to understand why they do what they do when they do it. While behaviorists work with animals in a controlled environment, ethologists never interfere with the animals or their habitat.[...] It is true that ethology does not deal with training, which is changing the behavior of an animal so that it responds with particular behaviors to discrete stimuli. However, animals do change behavior according to the stimuli they receive from their environment—and ethology does study adaptation. Thus, ethology might not have an explicit training method, but it explains the factors that compel animals to change their behavior.[...] When I began training animals, I did what for me seemed natural. That was much before behaviorism became the norm as it is today. I tried to picture myself as the animal and imagine what impact my behavior would have on it. It worked fine.[...] Later, I studied behaviorism thoroughly, and it fascinated me how it could explain complex processes in so simple terms. I tried it in practice, I taught it to numerous students, and I even allowed myself to improve some of its shortcomings.[...] Thus, it was that I found myself using a variation of behaviorism, which included many aspects of my earlier training method, applied ethology. At first, I did it because it felt good and right. Later, I began to systematize it, and it was then that I discovered that behaviorism and ethology were not incompatible at all. If you just want to teach your pet a simple behavior, use the standard behaviorist recipe, and you can’t go wrong. If, however, you want something different like having a more natural relationship with your pet, then you should seriously consider studying a bit of ethology. In this book, I will show you how to reconcile ethology with behaviorism.

I followed your suggestion. And read, and read. It brought tears to my eyes because at times it is so touching (to me at least). No doubt this book enriched my understanding, I crave understanding. And it contains so much wisdom as in 'Animals are connoisseurs of silence.' Thank you Roger Abrantes. What a gift. Posted by Marie-France Langlois on Sunday, June 14, 2015

No, you did not subscribe to this book, but you can press this link and put it in the cart.